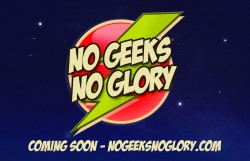 When you got the guts…
… you need the geeks to glory!

And that’s why we soon will be launching this new website about the world of geekatainment, or probably better known as popculture. Detailed plans will be revealed soon, but you can still mess with them. Tell us in the comments what you want read, see and enjoy on No Geeks, No Glory.

No Geeks, No Glory is a new project from the founders behind the largest horror website DeNachtvlinders.nl in The Netherlands. 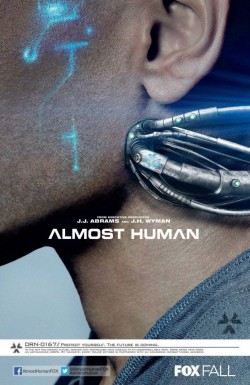 As the second pilot on the San Diego Comic Con / Warner Bros TV Preview night, the ‘Almost Human’ show dives a future where each cop is always assisted by an android (as if the Robocop-program had been a success) to battle to high crime rates. The thing is, there are emotionless and always right. Sure a handy thing, but for most humans – and certainly for cop John Kennex – the lack of emotions is impossible to work with. Stubborn as John is he disagrees in the heat of a gun fight with his android and he gets heavily wounded an. After months recovering he’s asked to return to his job for a special mission; find and fight the same people that got him down months ago. Lucky for him, after an accident wih his android he’ll gets another model.

The story of ‘Almost Human’ works and has many options to keep developing, actors Michael Ealy and Karl Urban are forming a great team that both brings serious CSI-skills as a sense of humor to the show. We might be looking at a combination of Robocop, Total Recall (2012) and Man in Black (without the aliens).

‘Almost Human’ is definitely a show to watch for action sci-fi lovers, it airs this fall on FOX. We’ll give this pilot 4 out of 5 stars!